Thinking about Sicily, Etna immediately comes to mind. The largest active volcano in Europe that we learn to know from an early age on school desks and that we have all imagined climbing to look at the inside of the crater.

Always known as the forge of the gods, it recently became part of the World Heritage List: Etna is a natural site of World Heritage. At the moment it is about 3.340 meters high, but its height is variable, because it changes every time an eruption occurs, which is very frequent.

If you will land in Catania, you will see it from the plane before landing with its plume of smoke.

An excursion on Etna is a unique experience in the world, reaching the top, up to the Summit Craters, is an experience that everyone would like to do.

With this intention we reached the “Giovanni Sapienza” refuge (Etna South side), at 1900 meters, by car. Here there is a large parking where you can leave your car.

The road to get here will offer you wonderful views overlooking Etna. 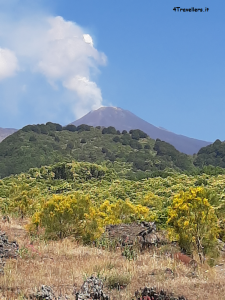 Starting from the refuge, it is possible to walk on foot to reach the top of the volcano or take the  cable car up to 2500 meters. the cost of the ticket is 30 euros round-trip. From the top station of the cable car, you can continue on foot or comfortably on an off-road vehicle (for a fee, around 40 euros) up to an altitude of 3000 meters. The maximum altitude that can be reached (in any case accompanied by expert guides) varies according to the eruptive activity of Etna. 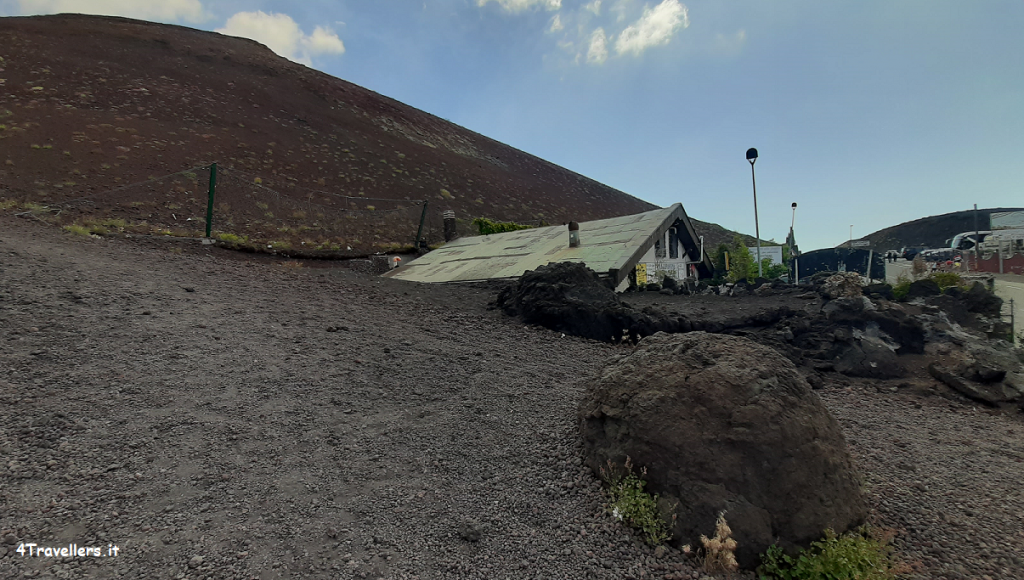 We are four people and the cost (about 280 euros) is too high, for this reason we had settle for take a walk to see the Silvestri Craters that are free, near the parking they can be visited by yourself. The Silvestri Craters are lateral cones of the volcano, formed during the eruption of 1892, which includes 5 eruptive mouths. Really very exciting to walk on the edge of the crater and then go down inside. Since they are close to the parking and the path does not present particular difficulties, they can be visited by anyone and do not require special equipment.

After the visit to the craters we made a short excursion by ourself along the path called “Schiena dell’Asino“. The beginning of the path is located on the left, along the road from Sapienza refuge to Zafferana Etna, about 1.5 km from the refuge, there is a small parking where you can leave your car. 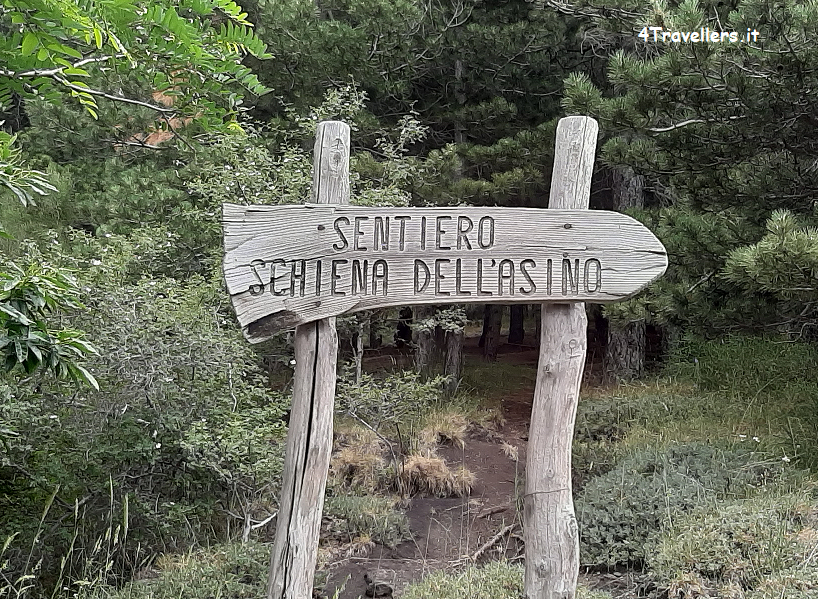 The trail crosses a pine forest and continues until it reaches, in about 40 minutes and 200 meters above sea level, the edge of the Valle del Bove: the spectacle that will appear to your eyes will be incredible, you will admire solidified lava flows that have created a huge black desert and extremely impressive.

Area around Etna is a part of the Parco dell’Etna  and in addition to this path there are many others trail of different difficulty and duration, on the park’s website you will find description and maps.

To visit Etna, we stayed in Fiumefreddo at Veda Elegant Rooms, a nice B&B with swimming pool to relax. We had two bedrooms with bathroom, in the structure there is a comfortable common kitchen if you want to have dinner at home. The rooms are clean and equipped with mosquito nets, there is a private parking, nearby you will find shops and supermarkets. It is conveniently located both to reach Etna and to reach the Gole di Alcantara and to reach Catania.

On the advice of the owner of the B&B, we always dined at the  “Tana dell’orso” restaurant in Calatabiano, a small village a few kilometers from Fiumefreddo. The tables are outdoors across the street, all the dishes we tried were excellent, especially the pizza. I advise you to book in advance, the tables are few and always full.

In order to enjoy, wear comfortable shoes, we have worn sneakers, the best would be trekking shoes, they are essential for climbing the top of the volcano. Bring a sweatshirt, kway and long trousers, remember that we are at 1900 meters and even in good weather it could be cold.

How to reach the refuge

Reaching the refuge is very simple whether you are staying in Catania or you are in the surroundings of Etna. You will have to take the highway and exit at Gravina di Catania to go up on the south side (Nicolosi side) or exit at Giarre to go up on the north-east side (Zafferana Etnea side). We rented a car directly at Catania airport with Maggiore agency and we had a great time.

Our day continued at Gole dell’Alcantara.

Are you looking for a destination with a beautiful sea  and without mass tourism? Gavdos could be the right place. 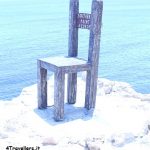 Do you know where Gavdos is? Guide for DIY travelers.