Germany is an “easy” destination, with this guide Trier will have no more secretes for you because I’ll explain how to survive in Trier.

Trier, or Treviri, is a city in southwestern Germany, located in the Mosella region, near the border with Luxembourg.

Trier is famous for its many well-preserved Roman building.

It is a very lively city, especially during the warm months.

It is a town that can be explored on foot, a walk will take you to discover all the main monuments: Porta Nigra, the Cathedral, the castle of the bishops-electors, the Rheinisches Landesmuseum, the birthplace of Charles Marx,

From here you can leave for beautiful boat trips along the Mosella, during these trips taste the wines of the Mosella, they are among the best in Germany. 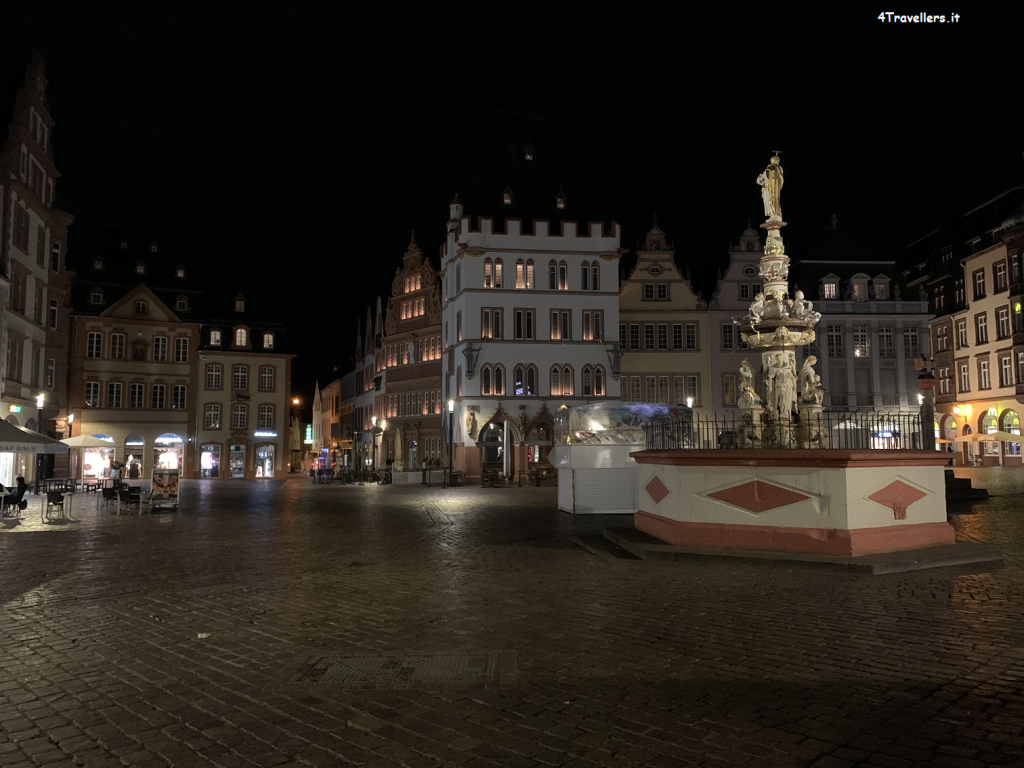 How to survive in Trier - Useful Information

Money: the currency of Germany is the euro.

Language: the official language is German, but English is understood and spoken by most of the population.

Climate: it is a mixed climate between continental and oceanic. The city has cold temperatures in winter, often with snow. The wettest months are between June and August and between November and December. Temperatures in summer hardly exceed 24 degrees.

Credit Card: they are accepted everywhere. There are also ATMs from which you can withdraw cash.

Curiosity: the treasure of Dom St. Peter preserves the so-called Sacra Tunic, a piece of cloth which according to tradition, belonged to Jesus Christ.

How to survive in Trier - Where to Sleep

I stayed at the Park Plaza Hotel, a beautiful hotel with a SPA where you can relax, with an excellent restaurant and a bar. The strong point is its location: 50 meters from the central square of Trier, directly in the pedestrian area.

I also stayed at the LimeHome Residence, great accomodation if you prefer to stay in an apartment. It a new clean residence, located on the banks of the Moselle, 20 minutes walk from the center. It is economic, equipped with all the accessories for cooking. Inside the residence there is a laundry area shared by all the apartments with coin-operated washing machines and dryers. 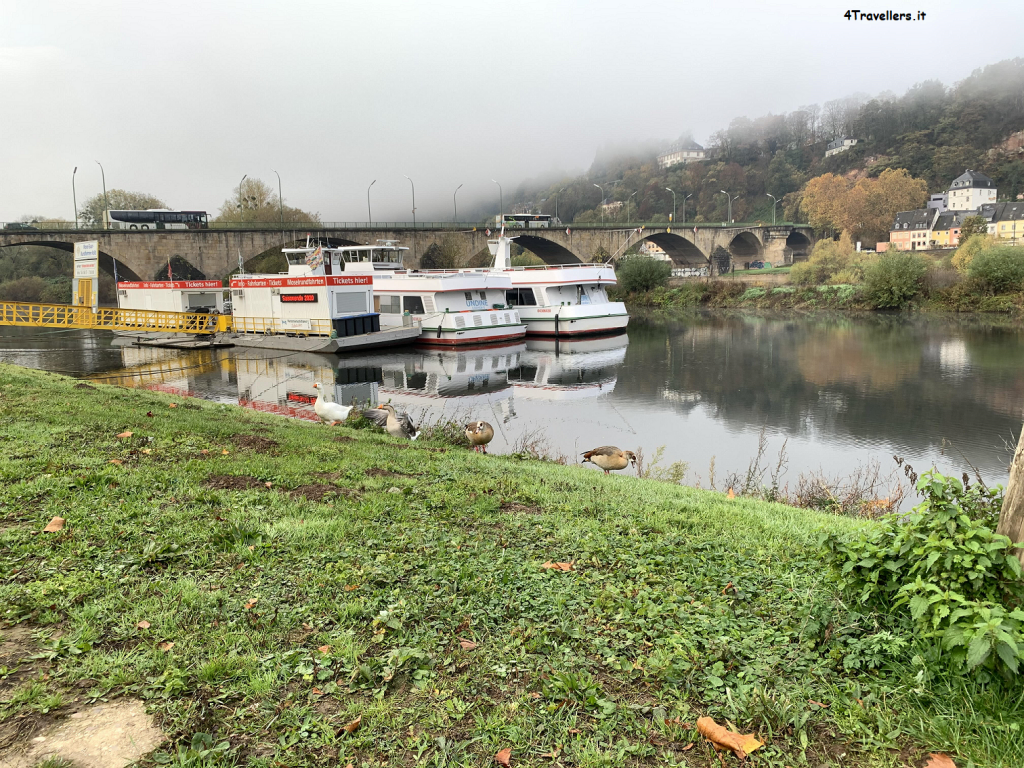 How to survive in Trier - Where and what to eat

In Trier there are a lot of choice, many places to eat well, both in the center and in the hills around the city.

These are my favorites:

Pizzeria restaurant by Franco. It is now 30 years and more that this place exists, in the center, it is very popular with good food, from pizza to pasta. The best italian restaurant in Trier.

Sushu Trier, a small restaurant where you can eat sushi. Real Japanese without too many foreign influences. Highly recommended.

Restaurant Eurener HOF. Typical German restaurant where it is worth going one evening to dine on the terrace in the summer or in the indoor room with a fireplace and burning grills during the winter. You can taste delicious meat, drink excellent wine in a beautiful environment.

Kartoffel Kiste…guess what can you eat……….. all with potatoes, but their wiener schnitzel is a deliciousness!! Cheap.

However, in every corner or square you will find every type of restaurant, bar / pub with excellent burgers (I recommend the Luisiana, also for a drink after dinner) and excellent beer.

How to survive in Trier - Where to shop

In the center of Trier, in the pedestrian zone, you will find at least 3 or 4 shopping centers, not very big, where there is also a part of the grocery store, with everything you may need.

Among the supermarkets, I suggest you the Rewe, both the one near Porta Nigra and the one in the stadium area, and the Kaufland in Aachener Str.

How to survive in Trier - How to get around

You can use taxi or by foot.

How to survive in Trier - After Dinner

For after dinner you can choose one of the many bars / pubs in the center. For the younger ones there are some clubs, but Trier is certainly not known for its nightlife. 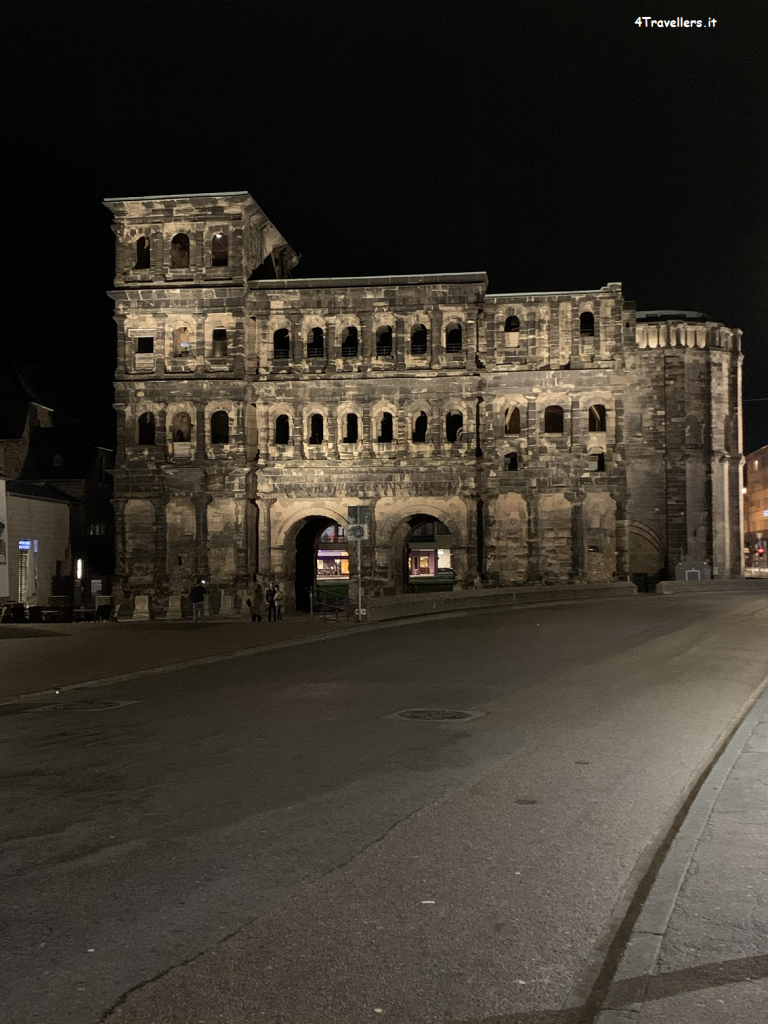 How to survive in Trier - What to do on the weekend

During the weekend you can discovery the city, there are many points of interest.

Porta Nigra: it was the entrance door to the city, the name derives from the dark color of the stone used for its construction. Since 1986 it has been declared a UNESCO World Heritage Site.

The Cathedral of San Pietro: it is the largest episcopal basilica in Germany. A legend tells that the Tunic of Christ is kept inside. It is a UNESCO heritage site.

The Hauptmarkt: it is a very interesting market, you can find all kinds of products: food, clothing, typical products, souvenirs.

The Imperial Baths: the structure was commissioned by Constantine, today only a part of it remains and despite this it is considered one of the major tourist attractions of the city.

You can take a trip to the Petrisberg hill to walk the “Wine Culture Trail“.

During the Christmas period, as per German tradition, Trier hosts an important Christmas market where you will find Christmas items, mulled wine, culinary specialties.

If you go during the month of June, you will find the Antikenfestspiele, a festival that hosts important concerts and operas held in the amphitheater and in the imperial baths.

You can rent a bicycle and follow the cycle path that runs along the Moselle and through small and beautiful towns.

Taking the train in about 30 minutes, you will reach Luxembourg and from here you can go to discover the beautiful cities of Luxembourg. 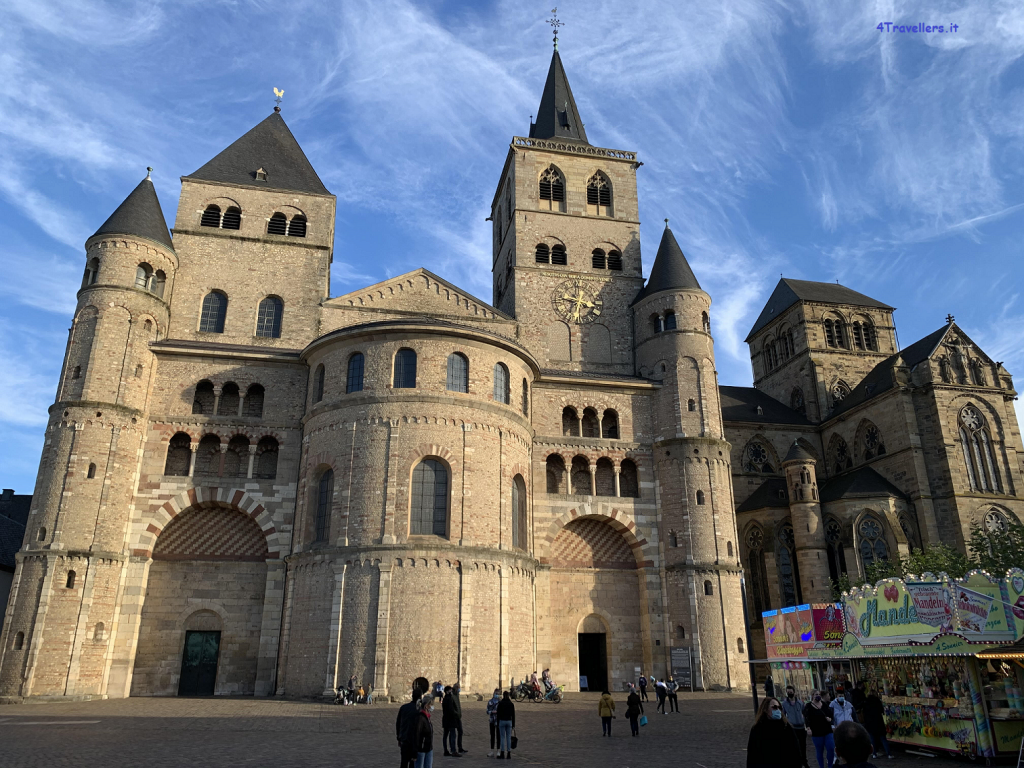 How to survive in Trier - Where to play sport

Along the Moselle there are many people running, cycling or doing gymnastic exercises. You can rent a canoe and row in the Moselle.

Another very nice place to play sports is the stadium area, open to the public until 10 pm, with parks, paths dedicated to running, basketball courts, …

There are also well-equipped gyms.

How to survive in Trier - What to buy

German wine: this is the land of Riesling grown in the numerous vineyards along the Moselle.

Small souvenirs of the beauties of Trier in the little shops in the center.

How to survive in Trier - How to get to Trier

The nearest airport is that of Luxembourg which is only 15 km away and is served by the major airlines.

Hahn Airport is about 70 kilometers away, it is popular with low cost travelers, Ryanair makes a stopover here. 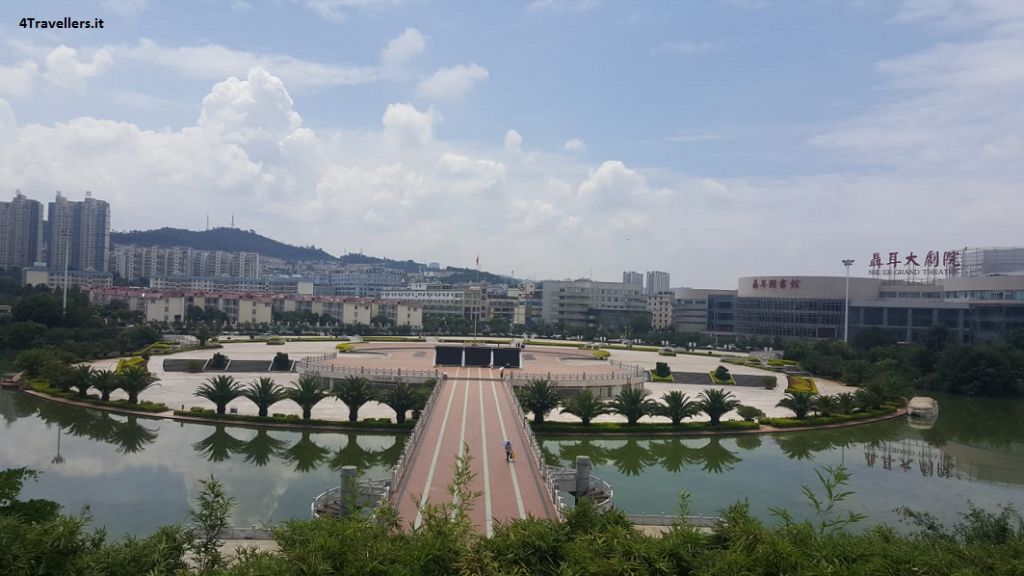